Eastern Europe Build-up: Poland to deploy 35,000 soldiers to its border

35,000 Polish paramilitary personnel will begin training and deploying this September as the country responds to Russian aggression and fears of its highly effective “Hybrid Warfare”. The military units, known as “Territorial Defence Forces”, are a revival of Cold-War thinking that will see local men and women receive military training and deployed across the country and concentrated along the Russian border

The move has done little to quell tensions in the region, prompting Russia’s Foreign Ministry Chief Andrei Kelin to warn that “[It is] a very dangerous build-up of armed forces pretty close to our borders”. A clear sign that Russia is taking this move seriously  is seen through its own announcement that it will deploy three motorized rifle divisions to the border to counter NATO and Poland’s escalation.

Russia’s Permanent Representative to NATO, Alexander Grushko denied that Russia is at fault for the build-up, stating on Tuesday that  “The Russian president has repeatedly said that Russia is not interested in confrontation that we will not let anyone drag us into an arms race”. He also noted that “the deployment of three divisions is only one of the measures that should be considered in this context”, possibly signalling a larger response to come.

This is just the latest in a series of incidents between Russian forces and NATO across Europe and the Mediterranean. High-profile incidents include Russian fighters and helicopters buzzing an American Warship, the deployment of advanced Surface to Air Missile batteries in Kaliningrad, and its annexation of the Crimean peninsula from the Ukraine.

Each battalion will be made up of around a thousand soldiers who will be rotated every three to four months to maintain vigilance.  The make-up of this force is to be decided at the upcoming NATO summit in Warsaw on July 8-9, however its objective remains to be as a “trip-wire” in the case of further Russian aggression. Both the NATO troops and Poland’s Territorial Force serve the same purpose – to detect and quickly counter the hybrid-warfare that Russia used so successfully in Ukraine. The Territorial forces are expected to begin their deployment by the end of 2016. 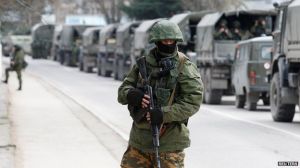 The steady escalation of violence paired with the subterfuge and duplicitous actions of the Russian Federation have been dubbed as”Hybrid Warfare”. Through the use of deniable troops, unofficial warfare, and by secretly supplying the rebels and separatists, Russia very effectively dissolved Kiev’s over Crimea before it even knew what was happening, a move that has alarmed Western Europe. Dr. Damian Van Puyvelde explained in the NATO review that “[by exploiting] the full spectrum of modern warfare, [the aggressor] is not restricted to conventional means”. Russia’s ability to successfully subvert Ukraine’s political institutions should be especially worrying for NATO and its allies, and if there’s one thing America’s military struggles with, its learning how to win hearts and minds.

Whilst it is clear that both NATO and Russia are engaging each other in serious posturing over who get’s to control what in Europe, the chances of miscalculation and escalation continue to grow. The ever-increasing number of troops deployed by either side create ever-more reason for the other to test the bounds and reinforce positions rather than engaging in any meaningful discussion or diplomacy

While NATO’s position is maintained to be simply “containment”, its forces are still read by the Kremlin as very large sticks rather than carrots. And for its part, Russia has done little to ease its neighbours nerves. It has recently deployed its Nuclear capable Iskander-M missiles in Kaliningrad, a territory that is sandwiched between Poland and the Baltic States, giving it a nuclear capability in the heart of Europe.

Both sides have a lot of work to repair their relationship, however the chances for such an action seem increasingly remote.

Have your own thoughts on EU politics?

For questions, comments and pitches, contact the editors at: theglobalquorum@gmail.com